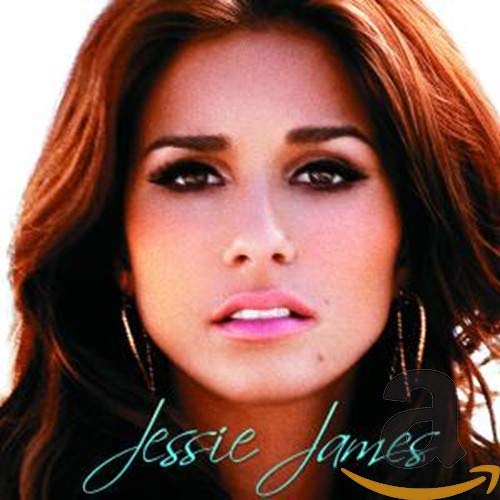 "I only want to be wanted by you," belts out 20-year-old Georgia stunner Jessica Rose James, better known as newly minted pop diva Jessie James, on "Wanted," the first single from her Mercury Records/Island Def Jam Music Group (IDJ) debut album, and it's love at first listen.

A big talent in a petite, power-packed package, James has been ready for her close-up since she was the age of two, when the self-described, well-traveled "military brat," (with a little bit of Greek and Italian thrown in there), born under the fiery Aries sign in a field hospital in Italy, started singing into a toy microphone and tape recorder, a gift from her mom. By nine, she was composing her own songs on a plastic guitar (the first called "It's Gonna Be Alright"), performing as a youngster at events like the opening of Sea World and the Republican Convention, and working with a string of significant writers in Nashville at 15.

After one of her song demos landed in the hands of Mercury President David Massey, she aced an audition with IDJ boss Antonio "L.A." Reid. "He got out from behind his desk, started dancing, hugged me and said, `We're going to dinner...and welcome to the label!'

"I've known this is what I was supposed to do since I was 10," adds Jessie, who cites her influences as LeAnn Rimes, Christina Aguilera, Janis Joplin and Bobbie Gentry. "I'm just anxious to get out there and let the world hear me. I'm just so excited. I've got a lot to say and I'm more than ready for this."

With a message of female empowerment and refusing to play the victim, Jessie's first single, "Wanted," which she co-wrote with American Idol judge and hit songwriter Kara DioGuardi as well as Mitch Allen and David Hodges, shows off her intensity in a full-throttle dance-rock scorcher that catches and won't let go.

"My mother taught me when I was growing up not to let myself be treated badly," she insists. "I think it's a real good message to young girls out there... don't wait around for a guy to change. Just get out.

"I just don't like doing what I'm told. That's what I love about rock. Rockers are just so ballsy. They do whatever they want on-stage, which I really admire. You still have to be a lady, but I don't think there's anything wrong with wanting to be like that. I feel like, in another world, I could have been in a `90s rock band."

On songs like the twangy "My Cowboy," co-written with Mercury Nashville artist Jamey Johnson and Randy Houser, first previewed by Perez Hilton on his popular website last year, and the sassy "Blue Jeans," with its hip-hop swagger and tribal percussion--featured on the soundtrack of the hit Touchstone film version of Sophie Kinsella's best-seller Confessions of a Shopaholic--Jessie shows she's not afraid to strut her sexuality, either. She points out that lyrics like "Gimme some like I never had" ("Wanted") and "Saddle up and take me for a little ride" ("My Cowboy") may be just what they say, suggesting the latter could well be about hopping on a horse.

"You can take it anyway you want," she laughs. "There's nothing wrong with being a little sexy, if you do it with class. I'm not going out there taking my clothes off, but I do think it's empowering to feel comfortable with your sexuality...within reason, of course."

Working with producer Julian Bunetta (Hillary Duff, Sean Kingston), James' debut album shows off a variety of musical styles and sounds, from the arena-rock belt of "Wanted," the mix of banjo, fiddle and rock guitar in "My Cowboy" and the hip-hop beat and playful schoolyard rhyming of "Blue Jeans" to the torch song ballad "Guilty" and the stark, stripped-down, soulful blues intimacy of "Liar."

"When I first tried to get a record deal, my real problem was, I couldn't put my music in a single box," she explains. "I just loved everything. That was part of me growing up in so many different places. I didn't want to limit myself to just one kind of music. I just decided, why not just do all of it, and somehow blend it together. And I think I've done that. There are all different types of music, beats and instrumentation."

And though based in Nashville, this "southern girl" wanted to "be a little more risky," delving into other genres, especially on "Blue Jeans, co-written with Bunetta, a playful, hip-hop chant, inspired by her experience on the step team in high school.

"That song came about in the studio," she recalls. "Julian and I worked for hours upon hours in the studio making hit happen. We were on the same page, young and hungry, and it just worked."

Co-written with Josh Kear, who penned Carrie Underwood's "Before He Cheats," and Mark Irwin (Garth Brooks), "Guilty" is similarly a song that turns the tables on the usual tale of women as victims, deciding, in no uncertain terms, what's good for one is good for the other, with telling lines like, "I feel everything/But guilty."

"That's my favorite song on the album, production-wise, lyrics, melody," says Jessie. "You can really feel the pain I'm going through. I was dating this rock musician at the time, who was always on tour. And I was thinking, `I bet he's doing all these things, so why shouldn't I?' So I went into a writer's session with Josh and told him how I was feeling about this guy, what was going on in my head. He started strumming the guitar and I just began singing. It just felt so natural, a really special moment.

"I've never written a song I didn't feel true to. Everything I've ever done is a true story. I feel everything I write. I can't fake it."

For Jessie James, music is her life, her passion, her lover. She won't even date, with her focus saved strictly for her career. She has no other choice. And now, she is fully prepared to see all those childhood dreams finally come true.

"I'm losing patience/Over the time you've wasted," she wails in "Wanted" about a recalcitrant lover, but she may as well be talking about the release of her new album.

"I've always had too many fantasies to just settle in life," she says. "I'll never quit chasing my dreams. I don't care about the money or the fame. I've always been an old soul and able to relate to people older than me. That's why I had a difficult time in school. I was ready to get out and start singing. I'd sit in math class writing songs in my journal, looking at the clock, waiting to leave."

For Jessie James, school's out. With her debut Mercury album, she's graduated and on her way to the stardom she always envisioned for herself.

"I just want to be wonderful," she writes on her MySpace page.


MyQC is the Queens College intranet site. A college username and password is required to login to the site.